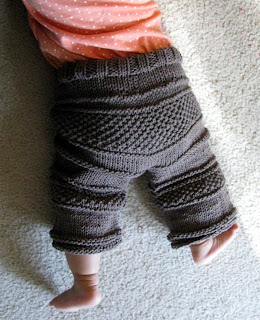 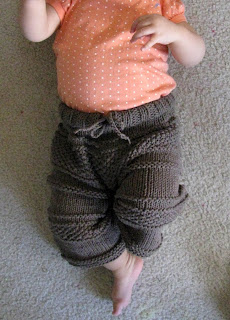 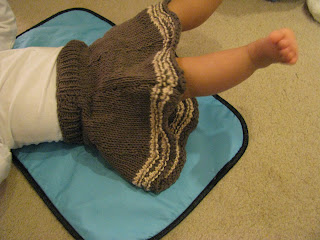 This is a skirt I quickly made for my 7 months old daughter.

It is made of two identical fromt/back pieces seamed togeter. I used straight needles because I didn't have circular needle for right size but sure you can use circular/dpt without seaming.

The wavy edge is simply from repeated k2tog and yo, k and switching to second color on WS gives you stitch-like line by the main color from the last row on RS. I think that looks cute.


Caiden is my friend's baby who are always so cute in brown outfit with brown tights.

Needles: US8 and US6 straight needles

Finishing: seam each side of front/back, weave in loose ends. (for optional waist string, make 30 inches of chain with crochcet hook and weave through the waist band) 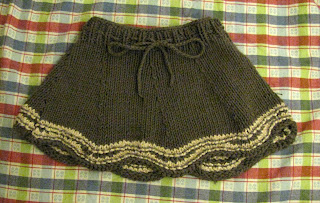 Pheeeeeeeeeeeeeeeew.
Well, this is the first pattern I've ever written, so I appreciate your comments and suggestions.